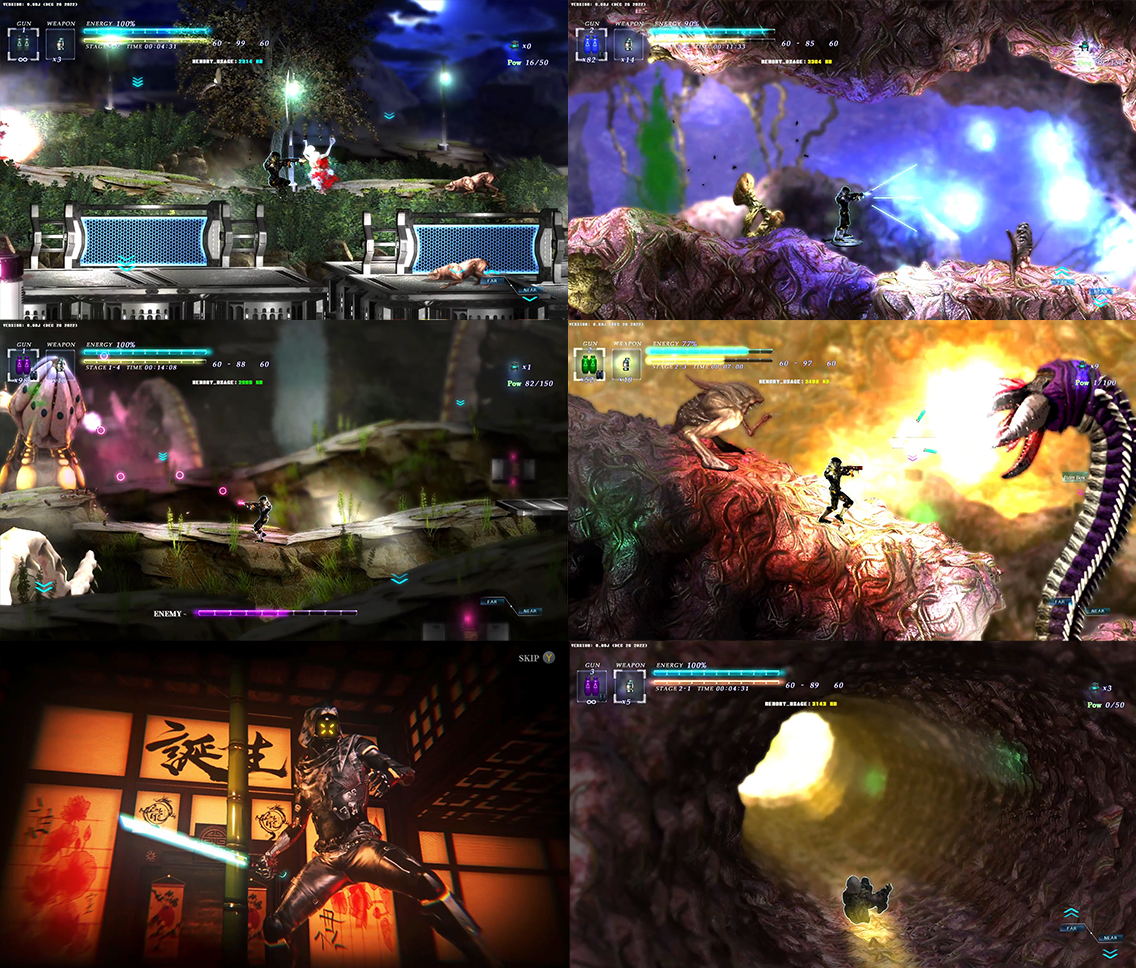 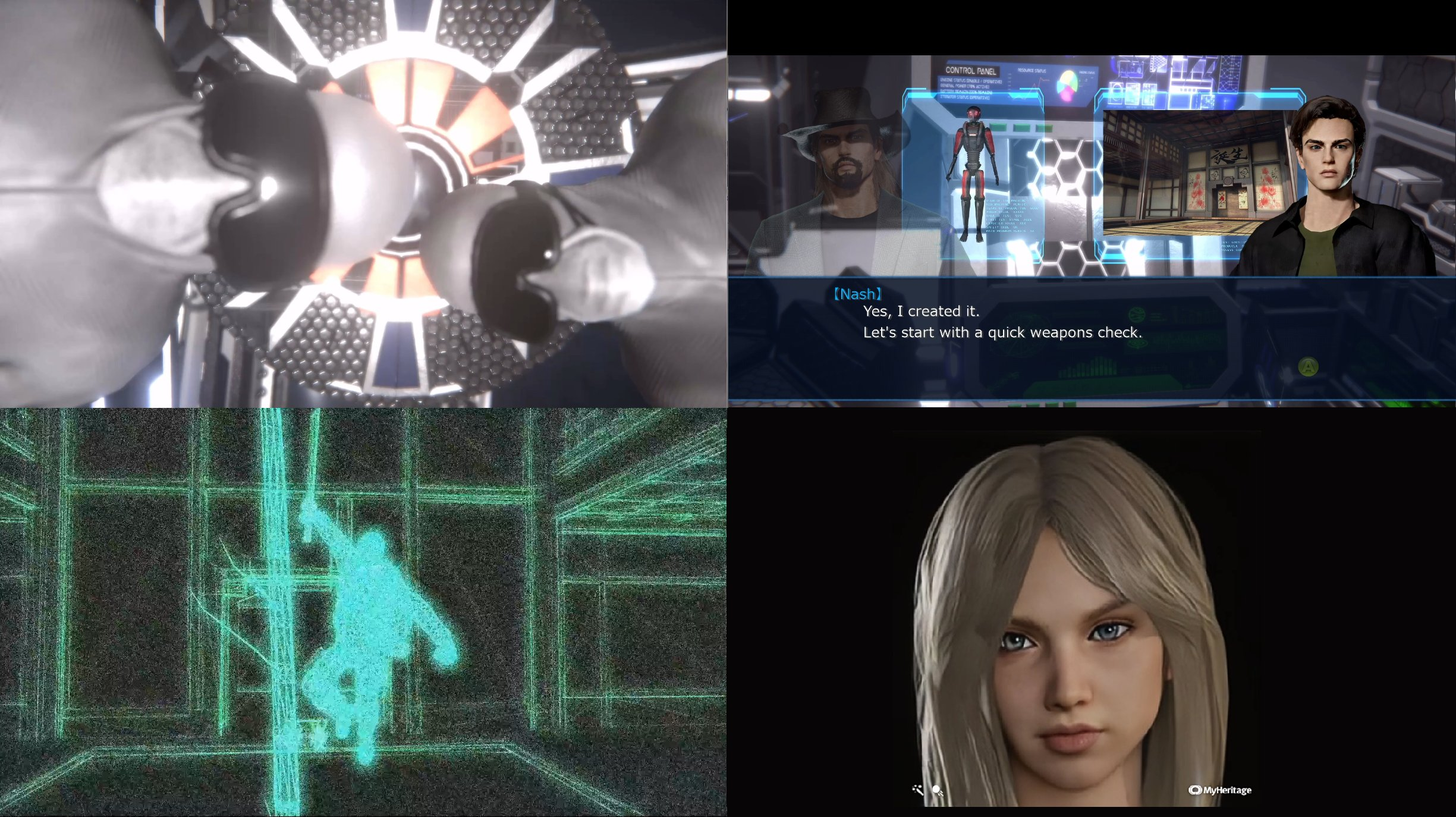 ・Side-scroll platformer action.
・3d multi-plane system.
・Along with the story, event scenes are played, where 3DCG movies are shown.
・Metroidvania-lite

A future in which AI has developed to the point where it is no longer possible to tell the difference between humans and AI.
Differences in views on these AI-equipped androids give rise to a violent ideological conflict.
A fierce confrontation between the two countries ensues.

What is the difference between an android and a human being?
Can we say that androids really exist in the world like humans?
Do androids have consciousness ......?

In one country, androids with AI do not generate consciousness; they are different from humans, he says.
The other country believes that androids have consciousness and are of the same species as humans.
Moreover, they are actively mechanizing the human brain.
Others believe that humans should abandon their physical bodies and become information-only beings, living in an ideal metaverse space.

The story centers on a newly developed combat android in the conflict between these two countries.
The story depicts the battles and interactions between humans and humans, androids and androids, and humans and androids.
As various incidents occur and the truth is revealed, players will witness a startling sight at the end of the story.


Supplemental:
For gamers who want to enjoy only the action part of the game, all story events can be skipped, allowing for stress-free play.


― Significance of this story ―

AI has evolved at a remarkable rate in recent years.
In a few decades or a century, they may no longer be distinguishable from humans. Androids with advanced AI could be created.
How will humanity feel about androids at that time?
Can androids equipped with advanced AI be considered life forms, just like humans?

Many works have been produced on the subject of AI and androids. Can androids be considered a life form?
Of course, there have also been works that ask the question.

What is the significance of presenting further works on a subject that so many people have dealt with? Naturally, one would think so.
I have a great dissatisfaction with those works that deal with this issue, especially in the entertainment field.
Many misunderstand the issues and portray only very superficial problems.
Or, in many cases, the expressions are so difficult to understand that they do not convey the message at all to the viewer.

We wanted to depict the core of the problem in this day and age when AI continues to evolve day by day,
and the feasibility of androids that are indistinguishable from humans is becoming more and more apparent.
Are androids life forms? What is the difference between us and humans?
This question has long been asked in the world of science and philosophy, and now it has become a real issue.